People who struggle with depression will often present with a co-occurring anxiety disorder. Like two sides of the same coin, anxiety, and depression often coexist. Either one of these common mental health disorders alone can cause serious impairment in daily functioning, but when they are both present it can have debilitating effects. The crippling fear that is a hallmark of anxiety disorder can leave a person depleted and despairing when coupled with depression.

Although depression and anxiety are two distinctly different mental health conditions, there can be an overlap of symptoms. Some of these include decreased concentration, irritability, and sleep disturbance. Fortunately, clinical treatment approaches for those with co-occurring depression and anxiety are much the same, including a combination of psychotherapy, medication (for some), and movement-based somatic therapy.

How Prevalent Are Depression and Anxiety?

As stand-alone mental health disorders, the prevalence of anxiety or depression is staggering. According to the National Institute of Mental Health (NIMH), 40 million of U.S. adults had an anxiety disorder in the last year, and 31% of adolescents were diagnosed with an anxiety disorder. NIMH also reports that 17.3 million Americans struggled with depression in the last year, as did 3.2 million adolescents.

When it comes to these two mental health conditions co-occurring, the numbers are equally surprising. One study reported that 85% of individuals with depression also have significant anxiety and that 90% of patients with anxiety disorder have depression.

Depression and Anxiety Symptoms Not So Clear Cut

Most of us have a broad understanding of what depression or anxiety looks like. We think of depression as being expressed by persistent sadness, and anxiety by irrational fear. While these are indeed common symptoms of these mental health disorders, there are many nuances attributed to depression and anxiety that aren’t as well known.

For example, the DSM-5 diagnostic criteria for depression include:

However, there are other symptoms of depression that are less known, such as reduced libido, overt or suppressed anger, and irritability.

Likewise, the DSM-5 diagnostic criteria for generalized anxiety disorder include:

Just as with depression, an anxiety disorder can manifest with uncommon symptoms, such as racing or intrusive thoughts, jaw pain, hoarding, or impulsive behaviors.

It is important to have an awareness of all the signs of depression and/or anxiety disorder, as untreated mental health conditions can lead to serious repercussions such as isolation and loneliness, declining work or academic performance, and damaged relationships.

How Movement-Based Experiential Therapy and Diet Helps Depression and Anxiety

Although the treatment protocol for both depressive disorders and anxiety disorders centers on evidence-based psychotherapy, such as cognitive-behavioral therapy, and medication, there is mounting evidence that lifestyle changes can add powerful therapeutic results as well. According to an article published by the Mayo Clinic, physical activity has significant positive effects on psychological wellbeing in people struggling with depression and anxiety. Regular exercise helps boost endorphins and the neurotransmitters serotonin and dopamine, leading to improved mood and a reduction in anxiety. Clinical data supports the efficacy of adding movement-based therapy to the regimen for treating these mental health challenges.

Diet plays an important role in treating depression and anxiety, too. Foods that are especially beneficial to mental health include:

In addition, dietary supplements, such as St. John’s wort and SAM-e provide a non-pharmaceutical intervention for managing depression.

Recognizing the not-so-obvious signs of anxiety or depression, especially when they are comorbid conditions, is the first step towards obtaining the support you need in overcoming these mental health challenges.

Blake Ruble, LPC, NCC, is the founder of Alliance Experiential, a movement-based mental health therapeutic approach serving the greater Denver metropolitan area. Blake is a licensed professional counselor specializing in movement-based experiential therapy and is certified in holistic and integrative treatment. For more information about the program, please reach out to Alliance Experiential today at (720) 990-5033. 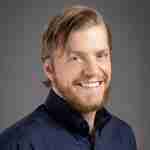 Blake Ruble is a National Board Certified Counselor and a Licensed Professional Counselor in the State of Colorado. He is also a Climbing Wall Instructor with the American Mountain Guide Association and has a passion for bringing active and experiential interventions into his work with his clients. Blake has experience at all levels of case including inpatient, intensive outpatient, outpatient, and crisis response services. Blake currently offers active and experiential outpatient services through his private practice in Lakewood, Colorado.